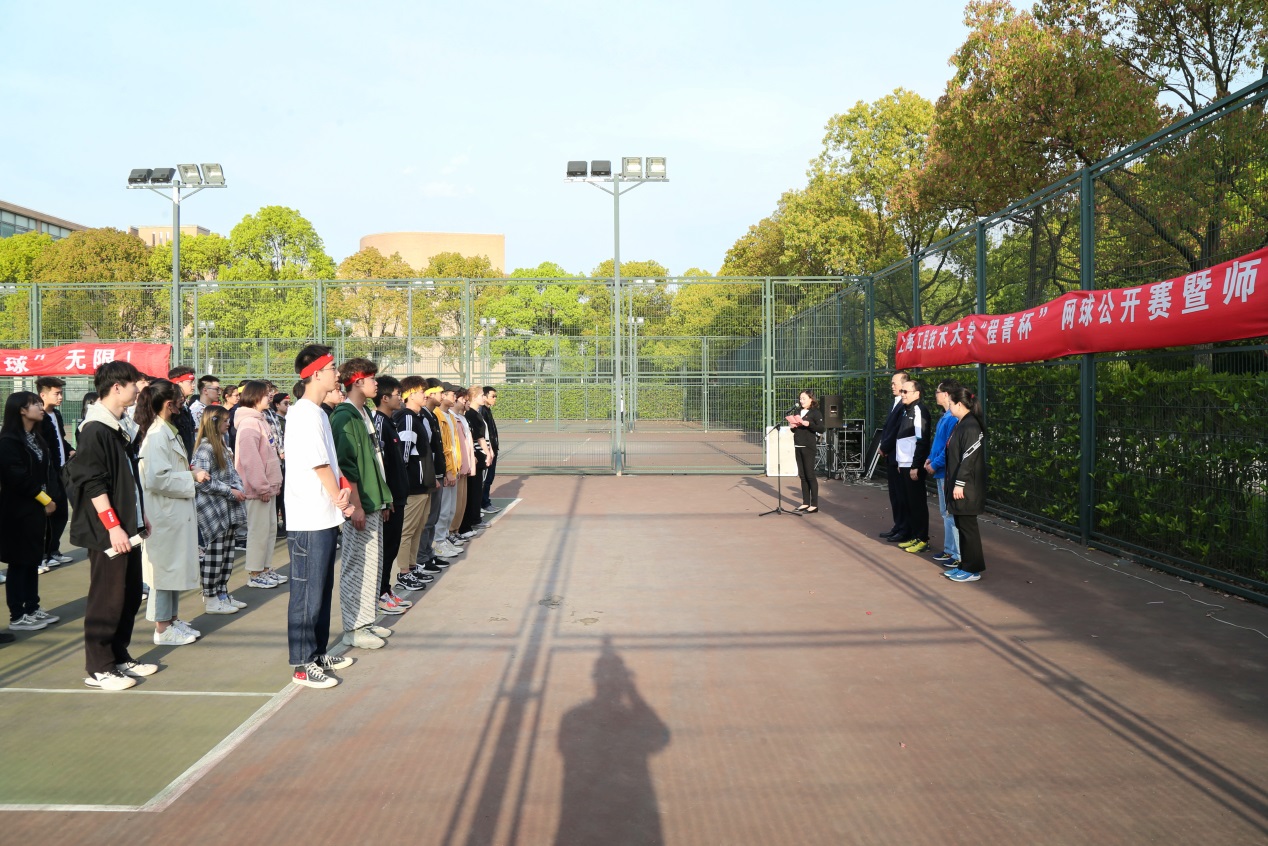 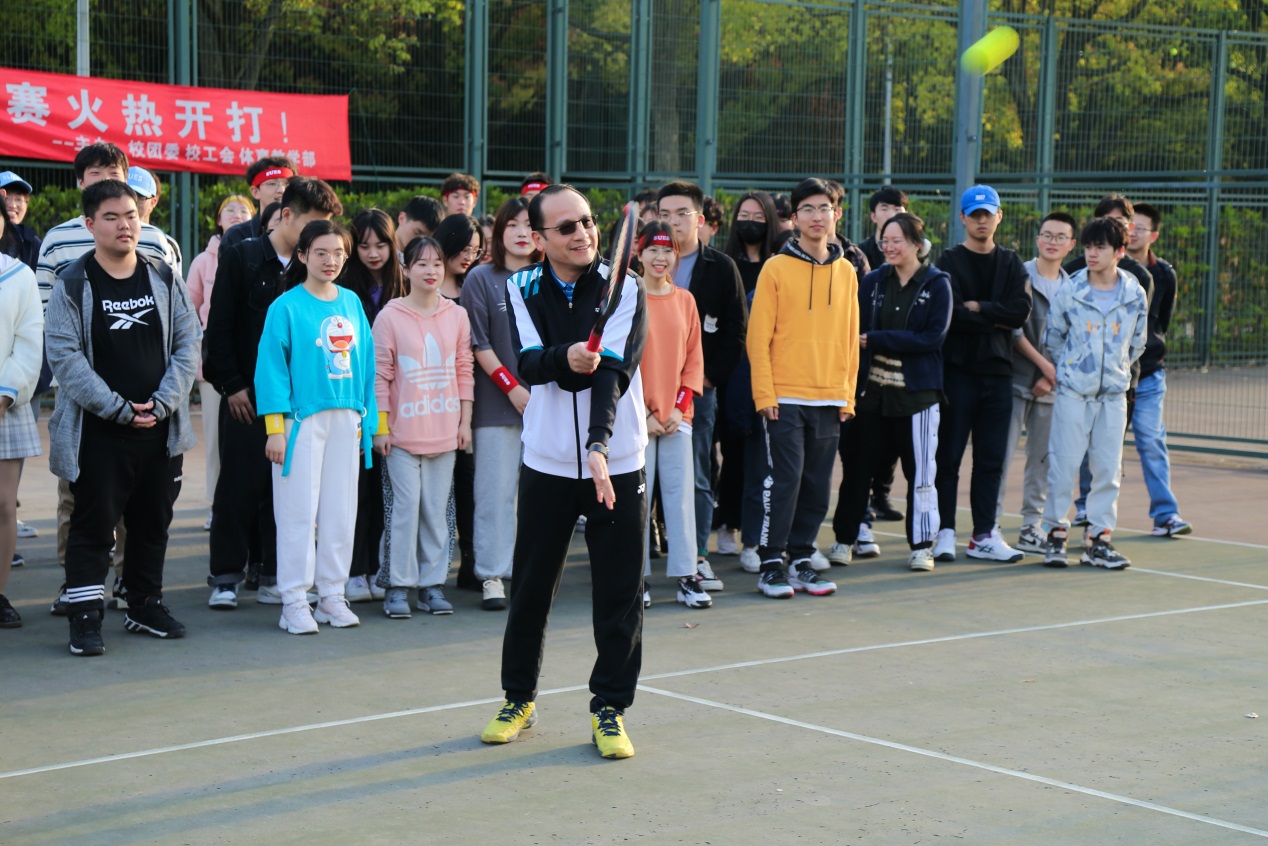 At the opening ceremony, President Yu announced the opening of the tennis tournament, and kicked off the game. He hopes that everyone will show Excellent performance in the fair competition, and fully demonstrate the spirit of SUES teachers and students, who are tenacious, hardworking and brave enough to challenge. He wishes all the athletes excellent results, and wishes this tennis tournament a complete success.

Liu Rurong, vice chairman of SUES Labor Union, delivered an opening speech, the leaders presented the sports equipment to representatives of athletes. Chu Xinyu, deputy director of the Physical Education Department, announced the rules and procedures of this tennis tournament. 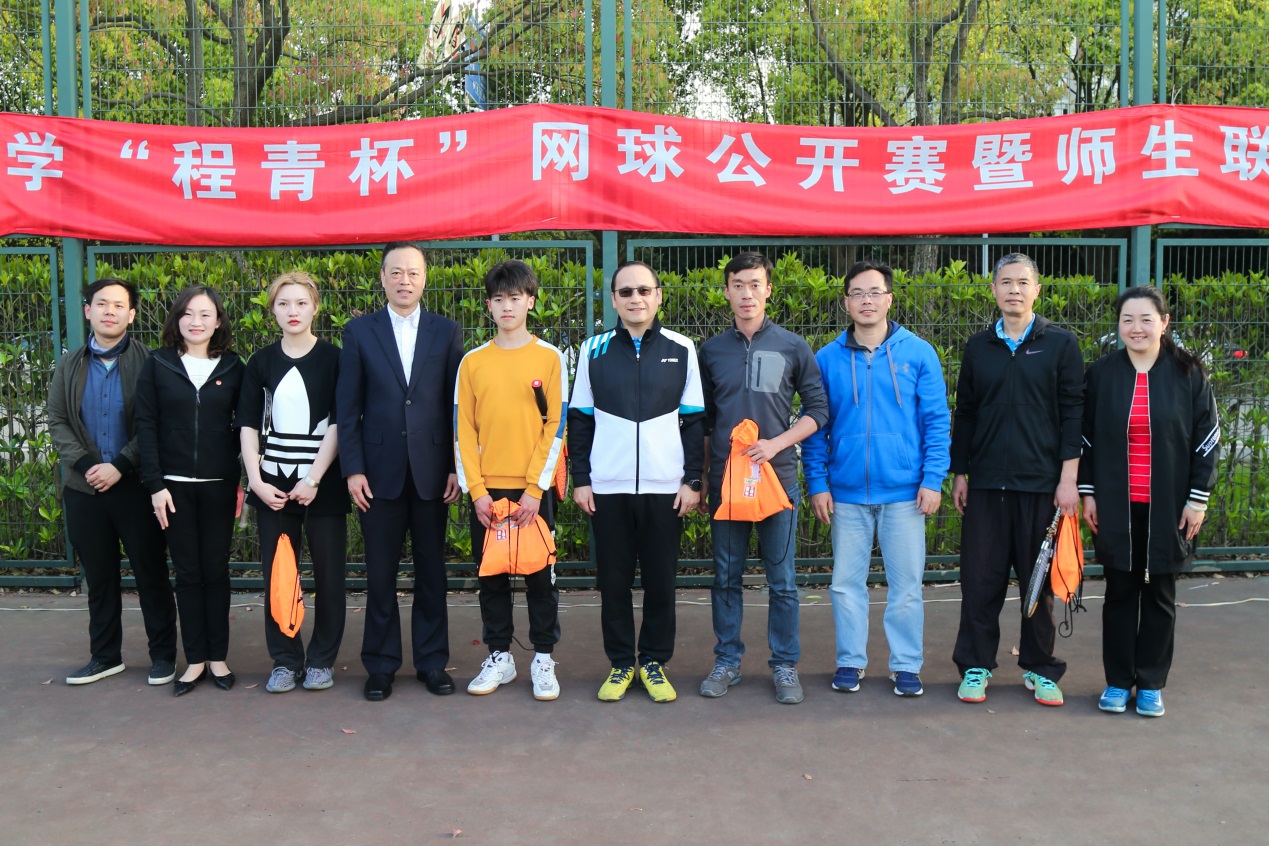