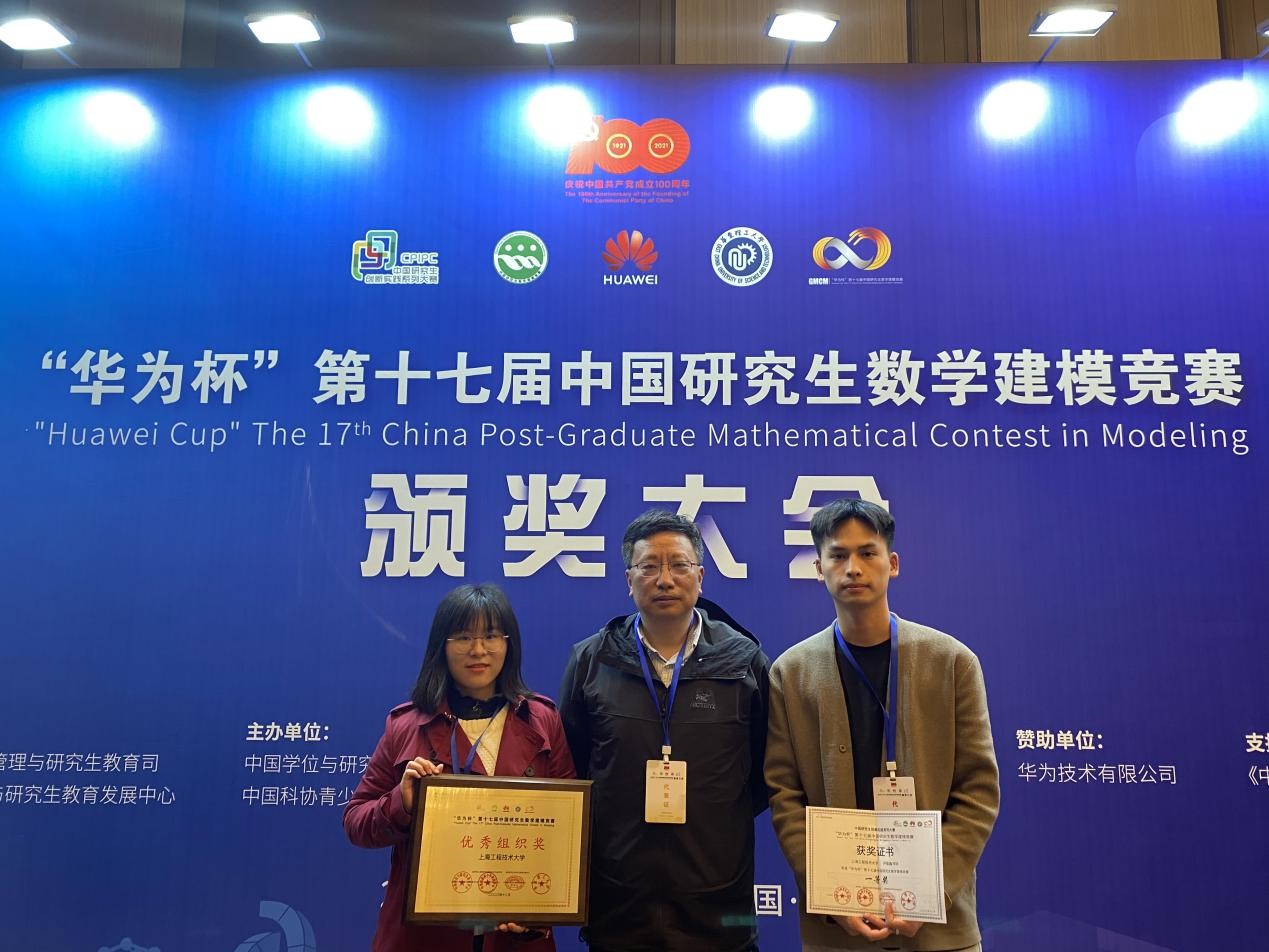 From April 23rd to April 24th, the prize-giving ceremony of Huawei Cup, the 17th Chinese Post-Graduate Mathematical Contest in Modeling, was held in East China University of Science and Technology. The SUES-888 team from the School of Electronic and Electrical Engineering of SUES won the national first prize, with the team members Chen Jieyu, Lu Junxin and Li Linghuan.

The number of SUES postgraduate students’ signing-up for the Contest has increased 8.77% from last year. A total of 278 teams participated in the competition, winning 1 national first prize, 45 national second prizes and 53 national third prizes, 1 national excellent organization award, with an average award rate of 35.6%, and ranking 8th in the country overall. The Contest has become the most participated and widely influenced event for postgraduates in SUES.