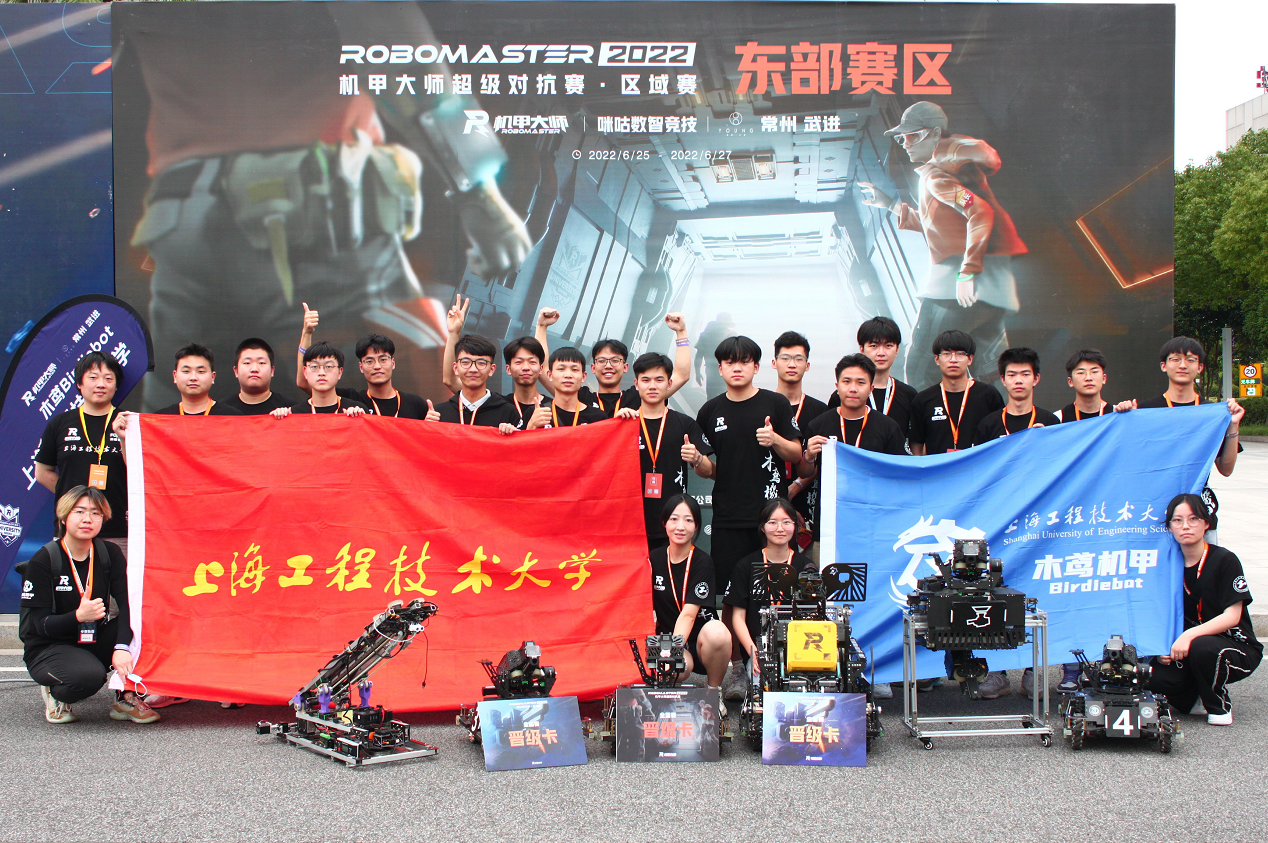 Recently, RoboMaster 2022 University Championship (RMUC 2022) unveiled its First Prize awarded to Birdiebot from SUES. The hard-won prize was credited to the team’s huge efforts through all the difficulties under the epidemic with countless sleepless nights of design and debugging. The team has also won Frist Prizes in two single-type competitions: sentry robot battlefield competition and engineer robot battlefield competition. Besides, it’s the first time they have won a big national prize in Dart Shooting and Hero Sling Shot competitions.

As a showcase for the participators’ comprehensive competence in application of science and engineering practice, RMUC 2022 has fully integrated subjects including machine vision, embedded system design, mechanical control, inertial navigation, human-robot interaction, and many other robotics-related technical disciplines. Its innovative combination of e-sports and robotics competition makes the competition even more intuitive and sensational, attracting the attention of tech lovers and the general public. In this season, participating teams need to develop their own robots of different types and functions, and participate in tactical battles in the designated battlefield, where participants control their robots to attack enemy’s robots and base by launching projectile. There are seven types of robots: Hero, Standard, Engineer, Aerial, Sentry, Dart System, and Radar.